Whenever we turn on our computer or TV we see Donald Trump, Hilary Clinton, and Bernie Sanders are asking us to follow me. If we do so we’ll have world peace, better healthcare, high wages, the end of terrorism, split ends, back pain, premature balding, and back talking kids. But if you’re going to follow someone, you better be sure they know where they’re going.

Once Yogi Berra was driving to the Baseball Hall of Fame in Cooperstown, New York with some other players. After passing the same landmark three times Joe Garagiola said “Yogi, you’re lost” and he replied: Yeah, I know it. But we’re making good time, ain’t we?

Today we’re focusing on following Jesus and I want to discuss four things we need to know before we follow someone. 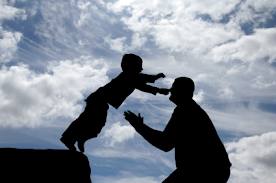 First, anyone who says “follow me” needs to be trustworthy. Jesus certainly was that. He kept his commitment to his disciples after he asked them, “follow me.” He taught them, he loved them, he got irritated with them, but didn’t give up on them and he made them “fishers of people.” He kept his faith even when he was in distress praying in the Garden of Gethsemane and on the cross when he cried out to God. He completed his mission by proclaiming the kingdom of God was near and bringing people to God and God to people. The kingdom of God, very simply, is the rule or reign of God over all, tenderly shepherding, superintending and guiding heaven, earth, the cosmos, and all this is.

There are many followers of Jesus who made a huge difference in this world. I think of William Wilberforce (1759-1833), an English parliamentarian who dedicated his entire life to abolishing of the slave trade on the British Isles or Dietrich Bonheoffer (1906-1945), German theologian and clergyman, paid with his own life for daring to stand up to Adolf Hitler at a time when most German Christians were applauding the Fuehrer. Martin Luther King Jr. (1929-1968), US Civil Rights leader led a movement that brought closer the American society across its racial divides. Mother Teresa (1910-1997), an ethnic Albanian nun with a global impact, brought hope and love to millions of the outcast in India and the world. They were the true “salt and the light of the world” — Matt. 5:13-16. 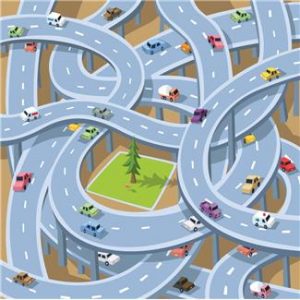 Second, anyone who says follow me is going someplace. We need direction. Jesus knew where he was going. In his ministry he had a strategy. He went to Galilee and Capernaum, to the Sea of Galilee, and to many different villages and hamlets where the poor, working folks, and everyday families lived. Ultimately he went to Jerusalem where the political and religious leaders killed him because he was shaking things up. But Jesus surprised them—he rose from the dead and showed the world that love was stronger than hate, forgiveness was stronger that judgment, and life was stronger than death.

Third, anyone who says follow me is more interested in the future than in the past. Jesus brings an announcement that “the kingdom of God has come near.” “Now after John was arrested, Jesus came to Galilee, proclaiming the good news of God, and saying, ‘The time is fulfilled, and the kingdom of God has come near; repent, and believe in the good news’” (Mark 1:14-15). The old dispensation of sacrifice and following the Law is gone.

The kingdom of God, Jesus said, would be like a tiny mustard seed growing into a large bush; when it comes in its fullness the wolf would line down with the lamb, everyone would have enough water would run clear, and there would be a new heaven on earth. The promise to Abraham would be fulfilled—the people of God would be more numerous than the stars of a night sky.

Lastly, anyone who says follow me has given us a standard by which we can measure ourselves. After Jesus washed his disciple’s feet at the Last Supper, he said: “I have set you an example that you should do as I have done for you,” John 15:13. He set a high standard to serve others as he had served them. He gave us the Golden Rule, the Great Commandment to love God and our neighbor and the Great Commission to go into all the world to preach and teach the Gospel. He set an example for us with a life of prayer, trust, friendship, kindness and ferocity. You see when God measures a person’s character, God puts a tape measure around our hearts, not our head.

There are also people in our church who teach us to follow Jesus—it might be your Sunday School teacher, a confirmation mentor, maybe even your parents or your minister! Anyone who is a Christian that you would like to be like is a good example to follow.

Let me close with this story. The Navy Seal’s were performing a covert operation, freeing hostages from a building in some dark part of the world. The team flew in by helicopter, made their way to the compound and stormed into the room where the hostages had been imprisoned for months. The room was filthy and dark. The hostages were curled up in a corner, terrified. When the SEALs entered the room, they heard the gasps of the hostages. They stood at the door and called to the prisoners, telling them they were Americans. The SEALs asked the hostages to follow them, but the hostages wouldn’t. They sat there on the floor and hid their eyes in fear. They were not of healthy mind and didn’t believe their rescuers were really Americans.

The SEALs stood there, not knowing what to do. They couldn’t possibly carry everybody out. One of the SEALs got an idea. He put down his weapon, took off his helmet, and curled up tightly next to the other hostages, getting so close his body was touching some of theirs. He softened the look on his face and put his arms around them. He was trying to show them he was one of them. None of the prison guards would have done this. He stayed there for a little while until some of the hostages started to look at him, finally meeting his eyes. The Navy SEAL whispered that they were American and were there to rescue them. Will you follow us? he said. The hero stood to his feet and one of the hostages did the same, then another, until all of them were willing to go. At the end, all the hostages safe on an American aircraft carrier.

Jesus is our rescuer becoming like us, crouching beside us in our brokenness, putting his arm around our shoulder, and asking us to follow him.