No More of This

47While he was still speaking, suddenly a crowd came, and the one called Judas, one of the twelve, was leading them. He approached Jesus to kiss him; 48but Jesus said to him, “Judas, is it with a kiss that you are betraying the Son of Man?” 49When those who were around him saw what was coming, they asked, “Lord, should we strike with the sword?” 50Then one of them struck the slave of the high priest and cut off his right ear. 51But Jesus said, “No more of this!” And he touched his ear and healed him. 52Then Jesus said to the chief priests, the officers of the temple police, and the elders who had come for him, “Have you come out with swords and clubs as if I were a bandit? 53When I was with you day after day in the temple, you did not lay hands on me. But this is your hour, and the power of darkness!” 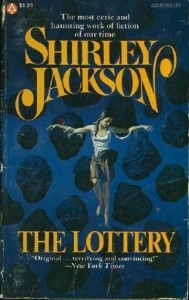 As an 8th grader I had to read “The Lottery,” a classic short story by Shirley Jackson, first published in the June 26, 1948 issue of The New Yorker. In a small village of about 300 people, the locals are in a strange and nervous mood on June 27. People are going about their morning routines of making breakfast, walking the dog, and doing chores in a commonplace fashion. In the backdrop, children are gathering up stones as the adult townsfolk assemble for their annual ritual called “the lottery.” This tradition has been practiced for generations to ensure a good harvest.  In the first round of the lottery, the head of each family draws a small slip of paper; Bill Hutchinson gets the slip with the black spot, meaning that his family has been chosen. In the next round, each Hutchinson family member draws a slip, and Bill’s wife Tessie — who had arrived late — gets the marked slip. In keeping with tradition, which has been abandoned in other neighboring communities, Tessie is then stoned to death by everyone present as a sacrifice, all the while protesting about the fairness of the lottery.

Readers were stunned and angry that Jackson could write such a piece. Jackson offered the following explanation of her intentions:

I hoped, by setting a particularly brutal ancient rite in the present and in my own village to shock the story’s readers with a graphic dramatization of the pointless violence and general inhumanity in their own lives.

The sacrifice of innocent victims has been the machinery of human justice from time immemorial. The reason Jackson’s story was so jarring is that we now recognize it for what it is: scapegoating. But that was not always the case. Our literature, our myths, our legends are full of stories wherein an innocent victim is sacrificed violently for the sake of peace in the community, but the violence becomes masked as the myth is repeated or the ritual is rehearsed year after year. It’s always been so.

The ancient Greeks had an agricultural festival of their own every May to honor Apollo and Artemis, which included a purging ceremony. While people offered the first-fruits of their harvest to the gods as a token of gratitude, they also had to placate them lest they send excessive heat or pestilence upon their crops. Before the thanksgiving service two of the ugliest men in the city were chosen to die, one for the men and one for the women. On the day of the sacrifice they were led round with strings of figs on their necks, and whipped on the genitals with rods of fig wood. When they reached the place of sacrifice on the shore, they were stoned to death, their bodies burnt, and the ashes thrown into the sea (or over the land, to act as a fertilizing influence).

This human reality is called the scapegoating mechanism, and it works like this: Violence in a society is resolved by blaming a victim. A victim is identified. They are accused as being responsible for the violence or the trouble in the society. They are killed. When the victim is accused, something miraculous happens. The community finds itself of one mind. There is enormous common purpose and wondrous social cohesion. Indeed, a kind of peace. Finally, when the victim is killed, peace and stability returns to the community. 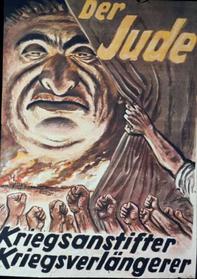 In Nazi Germany a myth emerged that the Jews were manipulators of world finances and responsible for poverty in Germany in the 1930s. They were also considered to be an inferior race. The myth that the Jews were responsible created a justification for their murder. And, coincidentally, their murders created social cohesion in the rest of society. But only so long as the myth served to hide the innocence of the victims did the myth hold up. Most people in Germany believed the myth that the Jews deserved to die.

After the Civil War when Federal Troops left the South in 1877, racial violence against African-Americans and lynchings by mobs became commonplace.  In an attempt to restore the South to its antebellum state, the Ku Klux Klan terrorized African-Americans to re-establish previous lines of racial segregation.  By charging Blacks with various crimes and creating an “us” vs. “them” situation, Whites attempted to maintain a state of white supremacy.   Blacks are dehumanized and violence is normalized to maintain order.

Matthew Shepard was a 21-year-old student at the University of Wyoming who was tortured and murdered near Laramie, Wyoming in October 1998. During the trial, witnesses stated that Shepard was targeted because he was gay.  Those who study these crimes say those who commit violence against gay persons see themselves as enforcing social morals and they commit assaults in an effort to prove their toughness and heterosexuality to friends. Violent acts are often the result of myths created about gay men: they are abnormal, they are predators, they are not natural, and they are outside the bounds of acceptable behavior.  Such an ideology galvanizes a heterosexual majority against an innocent victim who threatens the status quo. 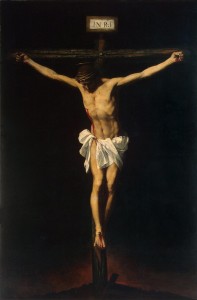 The central event in the New Testament is a public execution, an act of official violence regarded as legally righteous by the political authorities and as a sacred duty by the religious leadership. Did the people who killed Jesus think he was innocent? No way. They were certain he was guilty. He was a rabble rouser and a public nuisance. He said he would topple the Temple system of worship. He challenged what had become a calcified understanding of the Torah, the Law of the Jewish people. He challenged Roman authority by suggesting that people had to choose between Caesar or him. Look at the riff raff who followed him: tax collectors, prostitutes, zealots, common laborers, and peasants. Stir them up and who knows what kind of mess you’ll have on your hands.

The political authorities were certain they were legally right. The religious authorities were certain they were within God’s will. Caiaphas the High Priest avows that “it was expedient that one man die for the people” thus stating the scapegoating principle with perfect precision. In the text I read tonight, the scapegoating drama plays itself out with impeccable precision. The mob comes under the cloak of darkness with clubs and swords to arrest Jesus, to exterminate the man causing unrest in the community. And one of Jesus followers, resorting to behavior they had always known said, “Lord, should we strike with the sword?” and with that sliced off the right ear of Malchus, the High Priest’s servant. But what does Jesus say, “No more of this.” No more of an eye for an eye and ear for an ear. No more of grinding up innocents victims in this perverse machinery of human injustice. No more of settling your scores with violent means. No more!

Jesus was a scapegoat. And, in most respects, the crucifixion of Jesus was not dissimilar to the official murders of thousands of victims before or since. Yet in one respect it is very different. The Gospels tell a perfectly typical story of an innocent man who became a victim with astonishing insight into the role religious zeal and mob psychology played in it. What is different about this story, and contrary to all myth, is that it is told from the point of view of the victim and not that of the religious community of persecutors. The voice of the victim is heard. We see the innocence of the victim. And the scapegoating mechanism is unveiled for what it is. Jesus, the innocent Son of God, becomes the victim to end all victimization. He becomes the sacrifice to end all sacrifice. And on Easter morning he will become the Victor on behalf of every victim. He was the only victim to come back and expose the lie of scapegoating. 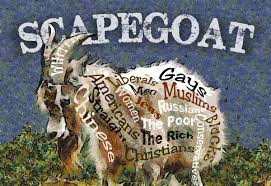 But you know something? The practice still goes on. It goes on in politics, industry, and boardrooms. It goes on at the courthouse, the White House and in our house. And it goes on in our churches as well. How many times have we tried to live out the myth—“if only we got rid of the minister, then we would have peace; if only we could get rid of that board chair, things would be smooth again; if only the liberals would leave; if only the conservatives would stop making a stink.” If only, if only.  And it works. People rally around the common enemy, the person who is upsetting their world, and they have secret meetings and make phone calls and sign petitions. They draw up their list of grievances. All are pulled together in this common cause of purging the community of this interloper, there is high energy, esprit de Coeur, and self-righteous zeal oozes from everyone’s pores. Once the minister or the board chair or the liberals or the conservatives are ousted there is once again peace—until the next conflict or crisis.

Once we see how scapegoating works, it does not work too well any more. We finally see the victim. On this night we hear the victim’s cry from the concentration camps, and the Nazi myth is destroyed. We hear the cry of the man lynched for being Black and of the gay man murdered because he was gay.

We hear their cries and the cries of all innocents. And our voices join the chorus because we know that we have been both victims and the victimizers of others. On this night Jesus so radically identified with the human race that he entered into our dilemma, took our sins upon his innocent body, felt the pain and death of fellow sufferer, exposed our complicity with injustice, and broke the back of sin that we might be free of it. “Love so amazing, so Divine, deserves my life, my soul, my all.”