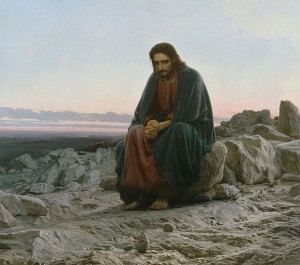 Every day we read yet another story about how a politician, a sports celebrity, a business executive or a pastor was caught embezzling, lying, or philandering and fell headlong from the top of their perch. In most of these instances it was a temptation to money, power, influence or delusions of grandeur that break these people. They began to believe that they were a cut above the rest of us, entitled to cut corners, and deceived by the assurance that they would never be found out.

For most of us, our temptations are more pint size than being tempted to embezzle millions of dollars, run off with a starlet, or lie to cover up a murder. Our temptations are much more mundane and pedestrian. For instance, some time ago I was having my car filled up with gas. The total was $27.50 and I pulled out thirty dollars to give to the attendant. He asked me if I had change, so I fished out 50 cents and gave it to him. He looked confused, so I said “You owe me $3.” “You gave me $30, right?” I said, “Yes” and he gave me the three dollars. Just as I was about to pull out, I looked to my right and there on the passenger’s seat was the $30 under my wallet where I had placed it to get the 50 cents. For a split second I thought, “I could drive away and he’d be none the wiser.” Instead, I got out of the car, found the attendant and gave him the $30, to his great relief. You were afraid, weren’t you, that you were going to have a thief for a preacher? If I had kept the money, do you think I would have told you the story?

But that’s where most of us live, isn’t it? Tempted not to give back the change when we’re given too much back, tempted to blow up at the kids rather than leave the room and get your cool, tempted to look at stuff on the internet we know isn’t good for us, and tempted to keep quiet when we know we should speak up.

But the good news this morning is that we have a Savior who walks with us in the midst of life’s pushes and pulls, who was tempted just as we are, but who overcame it in ways we only struggle to. In Luke’s story today of the temptation of Christ, we see the humanity of Jesus in sharp relief. Jesus is tempted just as we are. And let me note up front, that there’s nothing wrong with temptation. If you weren’t tempted, you wouldn’t be human. It’s what you do with the temptation that counts. That will either build spiritual and moral muscles resisting it or become yet another occasion to learn how to give in to it. 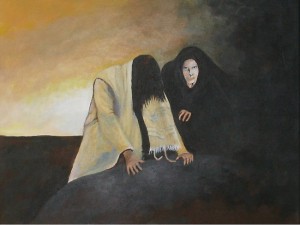 Jesus was tempted in three ways, just as we are: in his appetites, in his power, and in his pride. Jesus had been in the wilderness for forty days, fasting. He would have been starving. Satan says, “If you really are the son of God turn these stones to bread” (vv. 3-4). It was an appeal to satisfy a desire in an inappropriate way. Our appetites–food, drink, sleep, sex, the need for shelter, clothing, love and security–are all legitimate needs and gifts of God, but we can seek to satisfy them in inappropriate or excessive ways.

Satan then showed Jesus the kingdom’s of the world and promised him political power “If, you then, will worship me” (vv. 5-6). This was an appeal to use his power not to build the common¬wealth of God, but to aggrandize himself. We experience this as the lust for power or covetousness. We want a bigger house, a better car, a greater position, more prestige. We’re always restless with our station or calling in life. We don’t like our¬selves. We wish we had a different spouse or different parents. These things can call forth an unholy devotion in us. 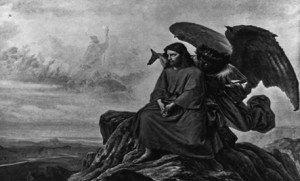 And last, Satan took Jesus to the pinnacle of the temple and said, “Throw yourself down. The angels will catch you. Show ’em who you really are” (vv. 9-12). Here the appeal was to Jesus’ pride, to show off. This is the desire to be like God, to manipulate God. We want God to be our divine bell hop and jump at our every beck and call. Pride may also be the result of not having a security within so you must make sure others always know how great you are. Jesus’ temptation, just as it was in the Garden of Eden, was not to be like the devil, but “to be like God.” 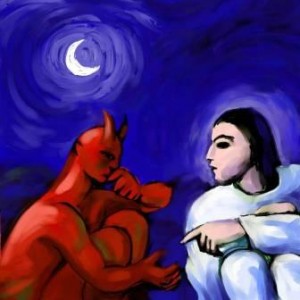 So, how do we handle temptation when it stares us down? Let me offer a few suggestions. First, name it. By naming what it is you are tempted to do or not to do, be or not to be, you draw the sting out of it. “Right now I am tempted to be a coward and shut up even though those kids are using racial slurs to insult another. Why make a scene?” “I sure would like to have my shoes under her or his bed.” “Right now I am tempted to feel really insecure because I am being ignored.” “This moment I want to eat the entire box of Dunkin’ Donuts myself.” Naming the temptation puts it right in front of you where you can take it on.

Second, own it. What I mean by this is to honestly claim that this is part of whom you are or potentially could be. “I am a coward. I really could walk away from an injustice to save my skin.” “I am an adulterer. I really could betray my wife and kids.” “I am a glutton. I really could eat those dozen donuts if I wanted to.” This is not to say that you are a perpetual liar, thief, gossip, selfish brat, or whatever it is you’re tempted to be, but it is squarely facing up to that part of you. It’s your shadow, that dark side of your soul.

Third, face it. Face the temptation. Look it in the eye. Call it what it is–pride, revenge, self-pity, lust, hate. But also face the fact that in your own strength you are powerless against it. I take great comfort in advice Paul gave to the Corinthians:

No testing has overtaken you that is not common to everyone. God is faithful and he will not let you be tested beyond your strength, but with the testing he will also provide the way out so that you may be able to endure it (1 Cor. 10:13). 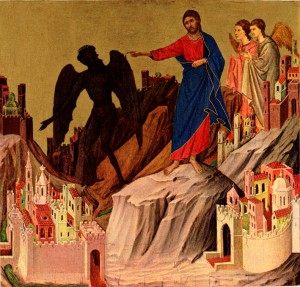 Give it to God. Look for the way out. Don’t put yourself in places where you know it’s going to be tough. Is gossip your issue? Don’t become part of those conversations and leave them when they start. Is workaholism your nemesis? Covenant with another to call you at 6 p.m. and tell you to get home. The great New England evangelist George Whitfield once, when watching a drunk, stumble down the street said, There, but for the grace of God, go I.” Whitfield knew himself.

Lastly, appropriate power over it. That is the birthright of every Christian. The power of the living Christ who overcame the temptations in his human life is available to us now. You have a choice. Sometimes we have to be honest and say we don’t want power over it. We rather like it. Or we say, “Lord, give me strength, but not right now.” Or, “Give me a partial victory.” You can choose to submit to it or you can choose, by God’s grace, to fight it.

I don’t want to be facile here because there are genuine addictions and other diseases that don’t submit to a simple choice. We shouldn’t feel guilty because we’re not praying hard enough, or trying hard enough or don’t have enough faith. The strongest thing to do then is get professional help. But for garden variety temptations giving it back to God may be just the ticket.

The reason we can draw strength from Christ is that he has gone the distance with temptation and won. We may think, well, he was the Son of God. It would have been a piece of cake for him. But think again. If you got in the ring with Mohamed Ali, how many rounds do you think you’d last? Even one? One uppercut and you’re out cold. “Wow,” you’d say, “that guy can pack a wallop.” But if George Foreman got in the ring with him and went fifteen rounds, enduring body blows, lightning left hooks, and dozens of right jabs, who do you think would really know Mohamed Ali’s strength? 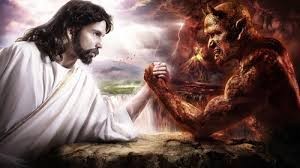 In the same way, Christ was fully assaulted with temptation. He could have turned stones to bread. He could have come down off that cross with a legion of angels and wiped out the Romans. He could have told his disciples to go hang themselves when they were being bone-headed–but he didn’t. He stayed true to whom God called him and all Christians to be. That power resides in you when you allow Christ to be Lord.

The perennial wit and poet Ogden Nash once said, “I can resist anything–except temptation.” By God’s grace, let’s see if we can prove him wrong.