On a nasty night, Christmas Eve 1965, members of my family walked into my father’s hospital room. We had just returned from my grandparents’ home, where we had celebrated a Swedish smorgasbord, caroled and opened presents. The sideboard boasted turkey, meatballs, limpa bread, inlagd sill, lutfisk, spritz cookies and svensk plum pudding. But this year it all looked a little gray and lackluster. Usually the children went to bed after dinner and were awakened at midnight to open gifts until 2 a.m. But this year we opened presents right after dinner so we could go to see Dad.

This was the first year Dad couldn’t be there. A month and a half earlier he, my cousin, my uncle and I had been putting aluminum edging up on my uncle’s house when the scaffolding collapsed. Suddenly, at age 42, my dad was a paraplegic. Instead of spending Christmas leaning on the parlor door frame making wisecracks while everyone opened their presents, he spent it in a Stryker frame that was rotated every half hour so his back would heal evenly.

We put a good face on things—Dad insisted that we go and have a good time. Like the returning nightmare that makes you afraid to fall asleep at night, so was the knowledge that my dad was in that drab hospital room disguised with a few garlands of tinsel while we went through the motions of Christmas reverie.

At 12 I hadn’t lived enough life to know the gravity of being paralyzed for the rest of your life, but it pulled a little more fiercely on me when I walked into that room. Dad beamed when he saw us and wanted to know all about our evening—who was there, what we ate, what we got. It was very awkward. This wasn’t supposed to happen on Christmas Eve. I stared at my shoes and shuffled my feet. I wanted to get back and play with my new toys before bed. 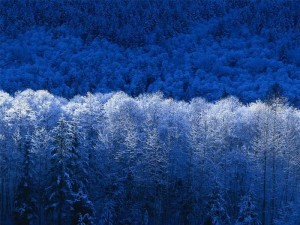 Then came the flood of tears. Dad cried a lot in those days. He was telling us to go on home—it was too nasty to stay out that night—but his eyes were begging us to stay.

This incident vividly came to mind on the Christmas that I was 42—my dad’s age on that Christmas night long ago. It was then that I understood my dad’s tears and mine during this season.

T. S. Eliot wrote that April is the cruelest month, but one can make a pretty good case for December. Perhaps it’s a heavy sense of incongruity that marks this season with its persistent, engineered cheerfulness. Set against our holiday parties and buying sprees is a different mood—dark, reflective, even mournful. I suspect that our winter memories of personal loss have always been an argument for our festivals of light. Whoever has lost a child or spouse or parent or friend remembers it especially in December. When the sun is lowest, we remember that we are losers of the light.

How desperately I wanted someone to stand up in the middle of that parlor laden with brightly wrapped packages and say, “Folks, this is a wonderful season and a blessed time to be together, but this year it is bittersweet because Harold is not with us. It is hard to be happy; it is hard to celebrate when someone we love has just had his legs taken out from underneath him at such a young age. To pretend that this tragedy didn’t happen would be just as wrong as it would have been to cancel Christmas because of it. But we are here to celebrate nonetheless because life does go on, and we dare to light a candle of hope rather than curse the darkness of despair. We are here because God’s yes is greater than tragedy’s no, because love is stronger than death, truth is more enduring that falsehood, and beauty is beyond all ugliness.”

But it is also the cry of God, who says, “Enough! Enough of blind eyes and hard hearts, enough of compensation instead of justice, enough of slander instead of truth, brute strength instead of gentle power, hunger instead of fullness!”

The day is coming,” says the Lord, “when I will restore the years lost to you, I will give back the withered legs carried in a wheelchair, I will fill those deaf ears with music beyond all imagining, I will satisfy those longings for which you have wept and pummeled your pillow on 10,000 nights.

“On the longest night 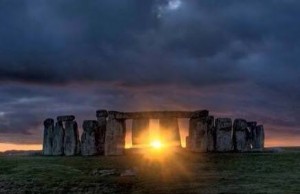 of the year, the word will become flesh and dwell among you. You will behold the glory and the truth of that word in Christ Jesus.”