For the Love of Dog

A Homily on the Blessing of the Animals Sunday 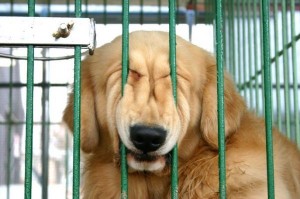 Is it any wonder why God spelled backwards is dog? My dogs have always mediated the love of God to me in uncanny ways. I know this is hopelessly anthropomorphic, but if we are people of the incarnation, believe that in Jesus “the Word became flesh” and that God “so loved the world,” it isn’t far of a stretch to imagine that God also loves dog flesh…and cat flesh…and iguana flesh.

My wife, Peggy, introduced dogs into my adult life. I had had a dog named Spot when I was a kid (real original, huh?), but had no interest later in life. We had been married for 5 years and were thinking about starting a family. We thought it would be a good idea to get another living thing that would depend upon our care and mess with our schedule. This would be good practice for a kid we thought (although I later learned you can’t just put out a bowl of water, spread out newspapers and leave the baby alone).

So we adopted Porkley, a cute, roly-poly, Lab mix with a rat tail and liquid brown eyes. We named him Porkley because when we were first married, I used to talk in my sleep. Peggy would often ask me questions and get the oddest replies. She once asked me if I had a dog. I said yes. She asked, “Well, what’s his name?” And I said, “Porkley’s Whole Wheat donuts.” She said, “What?!” And I very indignantly, so I’m told, said slowly and firmly, “Porkley’s-Whole-Wheat donuts.” She woke me up with her laughing, but the name stuck.

Since then we have had two other dogs, four cats, two ferrets, two snakes, numerous rats, lizards, goldfish, and at least seven generations of gerbils. We like animals in our household. I always thought it was strange to share a home with a variety of species, but my life has been all the richer because of their companionship.

One of our scripture lessons from this morning is taken from the Book of Job, likely the oldest book in the Bible. In that passage, Job tells his companions to “ask the animals…they will teach you.” So let’s take a few moments and do that very thing: ask the animals to teach us. And this is what have I learned from my animals. 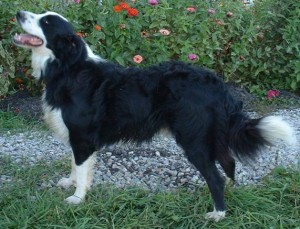 The first is they love you unconditionally. My English Sheppard, Sal, is devoted to me and has been for her entire thirteen years. Her ears perk up when she hears the car in the driveway, she is first at the door to greet me, and she licks my feet and welcomes me to the new day as I’m putting on my slippers in the morning. If I scold her for getting into the kitchen waste basket or for barking at the mailman, she is in torment until we make up and I tell her I’m not mad at her any more. She desperately wants to please me. But the feeling is mutual. I want to make her happy because I know she extracts such joy from it. When she sees me get her leash or tennis ball, her eyes light up and she begins to dance. When I say, “Who wants supper?” All the animals line up in the kitchen waiting patiently while I mix a little bit of wet food with the dry.

In the same way our animals love us unconditionally, so does God. Even if you mess up, God doesn’t erase you from the Book of Life. God always promises to love us. But in the same way we want our animals to behave and be the best they can, so it is with God. God’s love never changes, but God loves us too much to let us stay the way we are. God also delights in us, just as we do in our animals and them in us. The smallest, wackiest things they do can bring a smile to us just as a scratch behind the ear communicates that all is well.

Next, animals depend up you. Our animal companions have been domesticated so they wouldn’t survive in the wild for a week. They’d get eaten or hungry or diseased. They depend upon us to feed them, take them to the vet, groom them, and play with them. They look to us for care just as we look to God for care. Animals aren’t helpless anymore than we are, but they remind us that we couldn’t even draw a breath without God’s provision of air. Every moment of every day of every life is sustained by God’s life holding the universe together.

Animals also teach the importance of work. My English Shepherd was bred to herd sheep and when she can’t she’s frustrated. When we first got her, she would nip our heels to keep us moving along, or herd the cats. Working dogs need jobs to do—even if it’s a simple command to “watch the house.”  Work provides purpose. Squirrels are working overtime this time of year collecting acorns and storing them for the cold winter months. I understand that we can judge the coming winter weather by the trees shedding their nuts: the more that’s shed, the worse the winter to come; the trees provide for the squirrels, they act in tandem.

Animals teach us the importance of play. In fact, a lot of work is play for animals. My mother used to give our two mutts rawhide chewies for Christmas. Katie, the handy little auxiliary dog who looked like a Vietnamese pot-bellied pig, would wolf hers down as soon as it was unwrapped. Porkely would carry his all around the house and bury it between the sofa cushions (until Katie found it); then he would bury it under the rug (until Katie found it); then he would want to go outside to bury it (until Katie found it). It was their Christmas ritual and they loved to play the game. What people see as work could really be understood as “playing with others,” if we let ourselves view it that way. They teach us the importance of play.

Animals stick together. When Porkley lived alone in our Washington, DC, apartment, he would get so bored when Peggy and I were at work that he would pull books off the shelf and chew off the binding. (He had a particular fondness for Tolstoy). That is until we adopted a little stray we named Katie. We have pictures of her sleeping on his back in their favorite chair. They became inseparable and died within a few months of each other, like an old married couple. 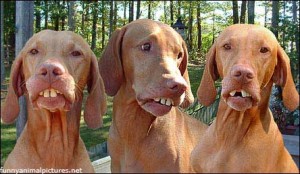 Animals are close to God’s heart. They were before us in creation and will be redeemed at the end of time as well. Even before we humans showed up, God populated the earth with all manner of plants and animals. The animals came along before us and therefore hold a special place in God’s heart. In fact, God felt animals were so important that the first task God gives to Adam is to name the animals. This puts them in a relationship. That relationship between human and animal continues. Animals have kept their part. (Have we?).  Scripture also tells us God redeems all creation. When we hear that not a hair falls from our own heads without God knowing and caring about it, we are pretty sure about the length God goes to know us and love us. Scripture’s Old Testament stories tell how God loves Israel so much, that God redeems Israel through Moses, and the New Testament, the Christian story, tells how God deeply loves by redeeming the world through Jesus Christ. God’s entire story is to create, to love and to redeem, that is, to bring us all home. I think this includes animals as well.

Lastly animals teach us that we are truly happy and free when we are true ourselves. St. Irenaeus said, “The glory of God is humanity fully alive.”  We bring glory, honor, and notice to God when we are fully and freely ourselves, using our gifts, reveling in our humanity, being truly good and beautiful. The same is true for animals. I used to bring my two mutts down to Magazine Beach next to the Charles River in Cambridge. The closer we got to the footbridge, the more they would tug at their leashes until I finally let them go. They burst over the bridge like uncoiled springs and they did wind sprints around the perimeter of the park until they dropped. They did what they were made to do: they ran. They were glorying in their dogginess and it was a delight to behold.

So what do the animals teach us? Ironically, they teach us how to be more human. 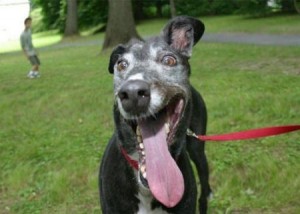