The Transforming Power of Jesus

Cana is a little village located 9 miles north of Nazareth. Mary obviously had a special place at this wedding, having had something to do with the arrangements because she was concerned when the wine ran out and had authority enough to order the servants to do as Jesus told them. Jesus and his then five disciples were also invited to the festival.

Then something horrible happened: the wine ran out. I do not say this facetiously because in the Near East hospitality was a sacred duty; for the provisions to fail would be a terrible humiliation for both the bride and bride¬groom. For a Jewish feast wine was essential. Regardless, Mary runs up to her son and reports the potentially embarrassing situation.

Jesus responds with what appears to be a rather rude answer to his mother: “Woman, what concern is that to you and me? My hour has not yet come.” It’s better translated as “Dear woman.” It was not an impolite term. His response was simply, “This is not our concern.” This matter was not Jesus’ concern be¬cause his “hour had not yet come” or more clearly, “It is not time for me to act.” It’s not time yet to reveal himself as Savior of the world. 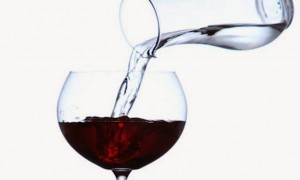 Mary obviously did not regard it as a rebuke, for she told the steward to do what he asked or maybe she just blew him off. Jesus told the servants to fill up the stone jars to the brim, containing about 20 to 30 gallons of water each. He then instructed one of the waiters to take some of the water to the chief steward of the wedding (this would be like the “Master of Ceremonies” or the Best Man presiding over the gathering). When he tasted it he complimented the groom for saving the choicest wine until now. Normally the host would hold it back until everyone was sufficiently tipsy and couldn’t tell the difference between a $30 bottle of Bordeaux and a $1.99 bottle of Boon’s Farm Apple wine. When I was in Israel many years ago the running joke was the wine was so bad in Cana that they wanted Jesus to turn it into water.

Well, that’s the story with a little bit of background. What are we to make of it? That Jesus is the kind of guy you’d like to have at parties? That he was into conspicuous consumption creating nearly 180 gallons of wine? Fortunately, the text itself gives us an interpretive clue. John tells us in v. 11: “Jesus did this, the first of his signs, in Cana of Galilee, and revealed his glory; and his disciples believed in him.” John’s primary emphasis is not on changing water into wine nor on the reaction of the headwaiter or the groom. The focus here is on Jesus as the one sent by God. What shines through is his glory, his distinctiveness, his divine personality, and the only reaction that John emphasizes is the belief of the disciples. What John wants us to see is the transforming power of Jesus Christ.

This miracle, as in all John’s stories, is a “sign.” These miracles point beyond themselves. It’s like when you point something out to a dog. What do they do? They look at your finger, not what you’re pointing to. The same thing works here: people look at the miracle, but not what it’s pointing toward. “Signs” in John show us God at work. They contain a deeper meaning.

So let’s ask, how did this miracle at the Cana wedding reveal the glory of Jesus? What are some of these symbols? The drama takes place at a wedding. In the OT this is used to symbolize messianic days. Isaiah could write: “As a young man marries a young woman, so shall (Yahweh) marry you, and as a bridegroom rejoices over a bride, so shall your God rejoice over you” (62: 5). The wedding and the banquet are both symbols Jesus drew upon to talk about the age to come. “The kingdom of heaven may be compared to a king who gave a wedding banquet for his son,” Jesus said (Mt. 22: 1-14). For John the wedding is a sign that the coming of God’s kingdom is being fulfilled.

Another symbol is the replacement of water with choice wine, better than the wine the guests had been drinking. At another wedding feast in the gospels we find Jesus using the symbolism of new wine in fresh wine skins in order to compare his new teaching with the customs of the Jewish law, (Mk. 2: 19). So when the headwaiter said, “You have kept the good wine until now” it was a sign that Jesus’ ministry is the beginning of a new era. 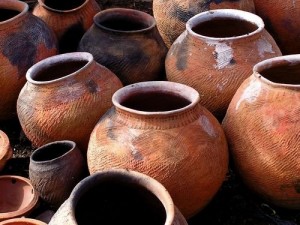 John highlighted the fact that the six stone jars were for Jewish purification rites, a ceremonial washing to cleanse one from sin. When Mary says, “They have no wine,” she was right. The old system was passing. Water could no more purify you from sin than hit¬ting yourself on the head with a hammer will cure a headache. In contrast, the new wine is Jesus’ gift of abundant life, of right standing with God.

The abundance of wine now makes sense to us. If there were six jars, each filled with 20 to 30 gallons of water that would make between 120 and 180 gallons of wine. In this same gospel Jesus said, “I came that they might have life and have it abundantly” (10: 10) and this abundance of wine points to the extravagance of Jesus’ gift of new life. One of the consistent signs of blessing, joy, and fulfillment of the final days in the OT was the abundance of wine. (Amos 9: 13-14). This then was the “sign” that the disciples saw which revealed the glory of Jesus to them. This would be the first of many more dawning realizations that Jesus was “the Christ, the Son of the living God.”

Now we can see what John is teaching us. Every story tells us not of something Jesus did once and never again, but of something he is forever doing. And what John wants us to see here is not that Jesus one day turned some pots of water into wine; he wants us to see that whenever Jesus comes into a person’s life, there comes a new quality which is like turning water into wine. Some days it’s just ordinary or even lousy wine, but then others we are overflowing with abundant blessing and joy. In this story we see the transforming power of Jesus. It becomes visible in two ways: personal transformation and social transformation. 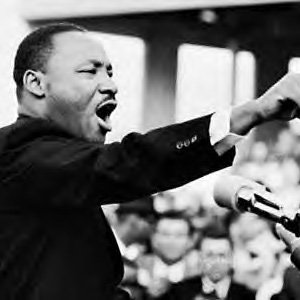 When Dr. Martin Luther King, Jr. took to the pulpit of the Dexter Avenue Baptist Church in Montgomery, Alabama, on September 5, 1954, he had no intention of becoming a prophet or a crusader. He had just about completed his Ph.D. from the School of Religion at Boston University and was looking for a quiet pastorate where he could study, tend the flock of God, and preach for a few years before looking for a job in academia. He already had a reputation of being a spellbinding orator, but he wasn’t looking for glory, just a place to hang his hat for a while. But all that changed when on December 1, 1955, Rosa parks refused to give up her seat for a white man on a Montgomery bus. She was arrested for viola¬ting the segregation laws of Alabama. That weekend the now famous bus boycott was organized like wildfire through the network of black churches and on Monday morning when the buses rolled out onto the streets they were empty.

That same day the Black ministers organized the Montgomery Improvement Association to sustain the boycott and unanimously elected the reluctant, new pastor to be their president. A half hour later he was to be the speaker at a mass meeting at the Holt St. Church where hardly anyone had heard of him. When he arrived the crowd was peaking at over 5,000. The man who usually took 15 hours to prepare a sermon had but a few minutes to think about this speech. When he left the podium moments later his oratory had just made him forever a public person. Like all prophets, he was either loved or hated. He was 26, and had not quite 12 years and 4 months to live.

By the end of January, King was a broken man. In addition to his full schedule as a pastor and a husband and father, he oversaw the organization of the boycott, was active in the NAACP, engaged the recalcitrant white city council in vociferous, fruitless negotiations, spoke nightly at mass rallies, started a boycott of merchants during Christmas, suffered pressure and criticism from both friends and enemies and began to attract the attention of the national media. The final blow came when on January 26, he was arrested for going 30 mph in a 25 mph zone.

Late the next night, after getting out of jail, the phone rang. “Listen nigger,” said the caller, “we’ve taken all we want from you. Before next week you’ll be sorry you ever came to Montgomery.” Sleep fled from him as he wandered downstairs to make a pot of coffee. This is how his biographer describes the scene: “King buried his face in his hands at the kitchen table. He admitted to himself that he was afraid, that he had nothing left, that the people would falter if they looked to him for strength. Then he said as much out loud…his doubts spilled out as a prayer, ending, ‘I’ve come to the point where I can’t face it alone.’ As he spoke these words, the fears suddenly began to melt away. He became intensely aware of what he called an “inner voice” telling him to do what he thought was right. Such simplicity worked miracles, bringing a shudder of relief and the courage to face anything. It was for King the first transcendent religious experience of his life.” 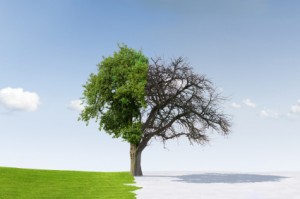 It was that voice, the voice of Jesus speaking to his child that transformed King and propelled him to pursue his dream that echoed across the reflecting pool of the Lincoln Memorial in August of 1963: “Free at last! Free at last! Thank God Almighty, I’m free at last!” That same Jesus is with us in this sanctuary this morning, transforming despair into hope, hate into love, apathy into energy, and disillusion into creativity.