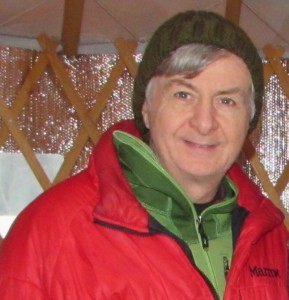 Two years ago my younger brother David was diagnosed with a disease called “Myelodysplastic syndrome.” It is a blood and bone marrow disorder which is essentially pre-leukemia. He had chemo at Mass General during the fall of 2014 while waiting for match for a bone marrow donor. He and his family still lived in the town where I grew up, Exeter, NH. My sister-in-law ran a preschool and was active on the school board and my brother was a painting contractor and photographer. They were also active in their church. Consequently, everyone in town knew them and rallied around them. A group of friends held a bone marrow donor day where you get the inside of your mouth swabbed to see if you’re a match. Normally 20 people show up for such a drive. That day 300 showed up. Word came on Dec. 26, 2014, that a donor had been found. We broke out the champagne and thanked God for the find.

David went into intensive chemo the first week in January. He was in an isolation unit because the treatment essentially kills your immune system to allow the new bone marrow to replace the diseased cells. His wife Sue, of course, kept vigil. My wife Peggy worked on Beacon Hill and could walk over regularly. I called or visited every day. One time while driving to Randolph I called him and asked how he was doing. He said, there are days I only want to touch the hem of Jesus’ garment.

Those were precious times telling stories and memories, sharing affirmations of one another that we should have shared years ago, and being humbled by the outpouring of care and support. There were days when David’s bones just ached all over or he was nauseated to distraction. Those days we just sat with him not needing to say anything, but just being there. The day came when they gave him the bag of bone marrow (he said it looked like Campbell’s tomato soup). Then we waited. There would be days when his platelets and red blood cell counts would go up and we would be hopeful and optimistic. Then the next day they would drop so they would give him a pint of platelets, then they would go up again.

I came in one afternoon and asked him, “David, how is it with your soul?” He looked at me, thought a moment and said, “It is well with my soul,” repeating the words of that well know hymn. I said, “Really, you feel God’s nearness?” “Oh yeah, “he said. “I’d feel gypped if I were you.” “I don’t feel that way. I’m grateful for the life I’ve had. I’m not afraid to die.” I was blown away. I’m supposed to be the pastor.

Finally the red blood cell count and platelets just flattened out. We asked his doctor if what was happening is what we thought was happening. And he asked, “What do you think is happening?” We said, “That it didn’t work.” “Sadly,” he said, “that is the case. The disease has morphed into full blown Leukemia.” When the doctor left, we asked David what he wanted us to do. He said, “Pray for a miracle.” So Sue and I took his hands and Sue prayed the most heartfelt, vulnerable and heart wrenching prayer you would ever hear.

The miracle never came. After some long thought and pleading from his four adult children to keep trying he began treatment as a Leukemia patient with more potent chemo treatment. One night overwhelmed his system and we decided to bring him home under hospice care. He died 10 hours later. 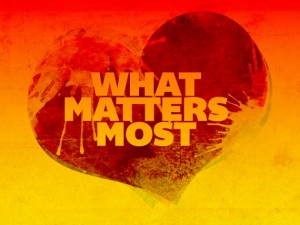 Why am I sharing this with you? Because I’m morbid and want to depress you on a glorious Sunday morning? No, it’s because during this horrible ordeal the Bendroth family learned what really matters. Oh, we knew it intellectually, but it was more in the head than the heart. What we learned is that what really matters is not all the “stuff” we had accumulated over the years. It was not the graduations, job opportunities, the articles published, the trips taken, the money spent, but it was the love shared, the memories accumulated, the friends who rallied around and loved and supported us in the midst of tragedy that would overwhelm any one of us. It was clean sheets and vanilla ice cream with Hershey’s syrup, walks on the beach and smelling chrysanthemums, sipping freshly brewed coffee with a friend and giving a back rub to your spouse. We learned courage, hope in the face of hopelessness, compassion, humility and just how little we have control over life. When life is stripped bare of all the non-essentials we learned what mattered. I’m sure many of you, if not most, have similar stories. 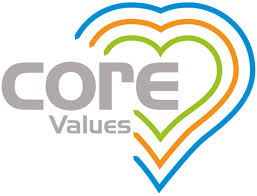 I chose this theme today because after church we’re going to start a series of several meetings where will reflect together about who we are and who God is calling us to be. We will be looking today at the core values of our life together. What is the bottom line? What is the glue that holds us together? What are our hopes and dreams and aspirations? When everything else is stripped away, what’s left?

Sometimes we can’t tell the forest from the trees. We get so caught up in “church work” that we forget the work of the church. We squabble about who forgot to buy coffee for coffee hour, the pastor forgot to call on Betty Lou, George offended yet another person, how can we afford a new boiler and so on. We forget what’s important, what gives life meaning, why we do what we do, what life is all about and what church is all about.

In our gospel lesson today, Jesus cuts to the chase, and, as usual gets to the heart of the matter in a hurry. He is in Jerusalem during the last week of his life. He is getting peppered with questions designed to trip him up. By what authority did you kick all the money changers out of the Temple? Should I pay taxes to Caesar? Is there really a resurrection? The gospels tell us it was the chief priests, the scribes, and the elders who were trying to trip him up—those in power, those with the most to lose, those trying to maintain social control of the people.

But one of the lawyers listening in on these disputes perks up. “This Jesus knows what he’s talking about. He’s smart. He’s clever. He’s even gracious. But he’s tough. He won’t let them get away with anything. I think I’ll ask him a question.” So, he asks, “Teacher, which commandment is the most important one?”

Now remember. Here is a lawyer. He was immersed in these documents. There were thousands of pages, full of ideas and history. You also have to remember the Pharisees of Jesus’ day had established some 600 rules and regulations to protect people from breaking the Law. They called them a “hedge,” put up around the Law to keep people from transgressing. For instance, the Law said you couldn’t work on the Sabbath. So the Pharisees said if your donkey falls into a ditch on the Sabbath, it was OK to pull him out. But they got upset when Jesus healed on the Sabbath because that was considered work. So this lawyer who knows the law like the back of his hand asks a question to trip him up, doing what lawyer’s do best in cross examination. “Teacher,” he asks, “what must I do to inherit eternal life?”

And Jesus asks, “What is written in the law? What do you read there?” Without missing a beat the lawyer says, “O that’s simple. You should love God with all your heart, soul, mind and strength and love your neighbor as yourself.” Apparently this guy was sincere. Maybe he wanted to see if Jesus gave the same answer. And Jesus said, “By jove, you’ve got it right. Do these things and you will live.” 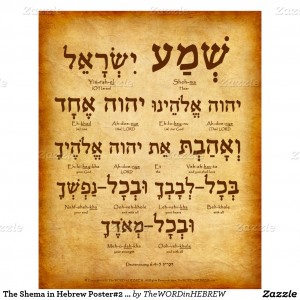 As I said, this lawyer knew his Bible. He was quoting from Deut. 6: 5, which is the Shema (“Hear, O Israel, the Lord our God, the Lord is one…) and from Lev. 19:18 to “love your neighbor as yourself.” No big whoop. Heard that, read that before. It’s in my Bible. What was different, however, is that in other gospels Jesus fused them together as if to say, “You can’t have one without the other.” The operative word in both instances is love and it is in the imperative. This teaching is not particularly novel or morally superior. All the world’s major religions contain something similar to them.

Christianity is unique not because it calls us to follow a set of ethical ideals or principles, but because it calls us to follow a person who embodies them. What is so compelling about these words is not that Jesus said them, but that Jesus did them. He took time alone to pray and fed hungry mouths. He preached the good word and healed broken bodies. He forgave sin and washed dirty feet. He submitted himself to the will of God to the point of death and raised those who had died. Clearly, here was someone who loved God and his neighbor.

In Mark the scribe applauds Jesus’ answer and he adds his own footnote: “This is much more important than all whole burnt offerings and sacrifices.” We don’t know if Mark put these words in the scribe’s mouth or whether he was reporting what he actually said, but the point is still valid. Love of God and neighbor takes priority over religious ritual.

Ah, the life of the church. So many arguments, so little time. The list of subjects about which the saints disagree is seemingly boundless, encompassing both the profound and the woefully mundane. The ordination of women. The proper role of religion in politics. Climate change. Homosexuality and same-gender marriage. Gender pronouns for God. How best to aid the poorest of the poor. Which hymnal to use and which hymns to sing. The use of “trespasses” or “debts/debtors” in reciting the Lord’s Prayer. Should the American flag be in the front of the church? It should be no surprise that most outsiders looking in are asking, “Why would I want to sign up for something like that?”

Indeed, who would? Our common devotion to God and neighbor should trump all our squabbles about things that are often matters of taste or preference or ultimately insignificant. To have a future, to be a church that people will come back to Sunday after Sunday, week after week, month after month, year after year, this church must be a place where in a modern and complicated and uncertain world anyone can feel safe in asking, “Is it true? Is it really true?”

I dare to say to you this morning, “Yes! It is true!” So let’s prove it by behaving how we say we believe, by majoring on the majors, minoring on the minors and remembering what matters.