The headlines tell a story of decline and despair. But cultural trendlines paint a picture of possibility. 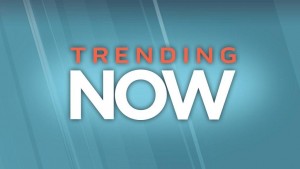 This was the theme of the National Church Leadership Institute that I attended this past week on the Andover Newton Theological School campus. Over three hundred activist, self-described “just and generous” Christians gathered for four days to hear inspiring speakers, soul-rocking music, a host of workshops and lively discussions. I was so thrilled to look out and see a room full of 20-30 somethings of many cultures, races, and sexual identities. For once it wasn’t a room of gray haired, near retirement pastors, but the next generation of church leaders.

There were five trendlines that we looked at that the Church must engage and use creatively to be the Church of the 21st century:

Dianna Butler Bass, one of the leading thinkers and writers about American Christianity today, took up these themes. She began by reminding us that if all we look at are the headlines—the rise of ISIS, racial injustice, income equality, and the persecution of Christians around the world—we will despair. Many of the headlines today were the same ones we saw ten years ago, only variations on a theme.

Historically these headlines have brought liberal Protestant churches into the streets.

But, she said, when the children at Sandy Hook Elementary School were murdered mercilessly by a crazed killer, we stopped in our tracks. The question that begged to be answered was, “Where is God?” In a post-H bomb, Holocaust, the 2004 Indian Ocean Tsunami, and Sandy Hook world—believers, non-believers and skeptics are asking that question.

So, if people are asking, “Where is God?” then where are we with the answer? By demonstrating that the world is the sacred stage of the Divine. Butler Bass then began riffing on the five trends by putting a theological spin on them. 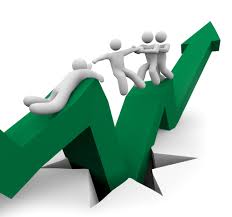 We are DIYing the Kingdom of God (with the proviso that we don’t do it ourselves, but in community and by the power of God.)

Crowdsourcing: A new way to talk about the “priesthood of all believers.”

Local Movement: The ultimate in local movement was the Incarnation: God came and dwelt among us. God is a local God, not a distant one.

The Cloud: God doesn’t have to be far away for God to be mysterious. Clouds hang on the horizons. The cloud in scripture is often a symbol of the Divine presence.

If you can’t find anything on the Shared Economy in the book of Acts, you probably need to re-read your Bible.

Butler Bass says that one of the dominant emotions she feels when speaking to mainline churches around the country is “fear;” fear to engage the world, fear to engage the trends, and fear to engage to new and unfamiliar. “There are more people in mainline congregations that are afraid of Air BnB and the Cloud than they are of racial injustice,” she said.

But she concluded with this charge: “We are people who refuse to despair in the face of bad headlines. They are a call to be God’s people in the world.” The by-line of the Center for Progressive Renewal, the sponsoring organization of the conference, puts it equally as well: “We believe your church’s best days are ahead of you.” Do you? 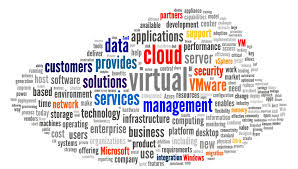 Norman Bendroth is a Professional Transition Specialist certified by the Interim Ministry Network. He has served as a settled pastor in two United Church of Christ congregations and as a Sr. Interim pastor in seven other UCC congregations. He was also an executive for three different non-profit agencies. He has had additional training in Mediation Skills for Church Leaders from the Lombard Mennonite Peace Center and training in Appreciative Inquiry from the Clergy Leadership Institute. Rev. Bendroth has the M.Div. from Trinity Evangelical Divinity School and his D. Min. from Andover Newton Theological school where he concentrated on theology and systems theory. He is married to Peggy Bendroth and has two adopted Amerasian children.
View all posts by Norman Bendroth →
This entry was posted in Articles. Bookmark the permalink.