EPIPHANY: A Season to Let Your Light Shine

Posted on January 6, 2012 by Norman Bendroth 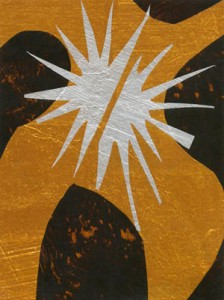 The first time I went to an Epiphany service I was not certain what to expect. Having been raised in a non-liturgical tradition, I didn’t know the meaning of the word epiphany. But I looked it up and discovered it meant “an appearance or manifestation, especially of a divine being.”

Epiphany is a composite of two Greek words—“epi” and “phanos”—which means “the appearance of light.” In Christian thought, the appearance of light reached its peak in the birth of Jesus Christ. But that knowledge was a dawning revelation. When Jesus was squirming in the manger, observers suspected there was something unique about this kid, but they had no idea how unique. That discovery was a process that took place over time and continues to take place.

It was also interesting for me to discover the word had special meaning in the ancient world because it was used to describe the appearance of a ruler. The same culture that birthed the Bible and the early church celebrated the visit of its ruler with great pomp and circumstance. The ruler’s visit was always a lavish affair marked by feasting and a celebrative mood. I assumed the service was going to celebrate the Epiphany, the appearance of Jesus, and do so in a lavish fashion.

I was immediately drawn up into the meaning of the service and into the place it played in the unfolding drama of the mystery of salvation as we stood to sing:

What star is this, with beams so bright,
more lovely than the noonday light?
’Tis sent to announce a newborn king,

Glad tiding of our God to bring.

Again, the meaning of why I was there struck my mind and heart as the minister prayed: “O God, who by the leading of a star didst manifest Thy only begotten Son to the peoples of the earth: Lead us, who know Thee now by faith, to Thy presence, where we may behold Thy glory face to face; through the same Jesus Christ our Lord, who liveth and reigneth with Thee and the Holy Spirit, one God, now and forever. Amen.” (From The Book of Common Prayer)

In the East, Epiphany happens at Jesus’ baptism.  There, when John the Baptist pours water over Christ’s head, the heavens open, a dove (the symbol for the Holy Spirit) alights upon Jesus, and the voice of God says, “this is my Son the beloved.”  Here is another “appearance of light,” a deeper revelation that Jesus is uniquely related to God as “Son.” There is only one “begotten” Child of God; the rest of us are made children of God by adoption into that family.

However, in the West, Epiphany became the day to celebrate the manifestation of Jesus through three great events: the visit of the Magi, the baptism of Jesus, and the marriage feast of Cana. The significance of the entrance of the Magi is that at “the appearance of light,” they dropped what they were doing and followed it to the Bethlehem manger. The symbol and the message of that event/story is that the light of God has gone forth into all the world—not just to Israel—and is available to all true seekers after God. Christ did not come for a few, but for the world.

Today Epiphany brings us to the end of the Christmas cycle, completing the great rhythm of expectation and fulfillment that defines this period of time. It also points to the beginning of Christ’s manifestation to the world, a ministry that not only happened in the first century but happens now within the church and within us as we travel through the unfolding of the paschal mystery of the liturgical year.

Because Epiphany happens during Jesus’ Gallilean ministry of teaching and preaching there is often an emphasis on the “ethics of Jesus” during this season. May this season of Epiphany be full of “ah-ha” moments for you as you discover the hidden God in surprising places.